Doug Ward earned an A.S. degree in Computer Science at Eastern Oklahoma State College in Wilburton, Oklahoma, and a B.S. degree in Cartography at East Central University in Ada, Oklahoma. He has been with Aerial Data Service, Inc. (ADS) since 1993, and has served as the manager of the Tulsa office's Photogrammetry Department, Production Manager and Operations Manager. Mr. Ward, who has over 20 years of photogrammetric mapping experience, presently serves as Executive Vice President. He is responsible for overseeing the management and production activities for ADS. He has experience in all areas of photogrammetry, project management, and hiring and supervising photogrammetric department personnel. Mr. Ward continues to be an asset to the company and all the projects overseen by him as manager. 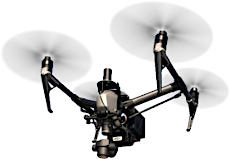